Why do we stress out? 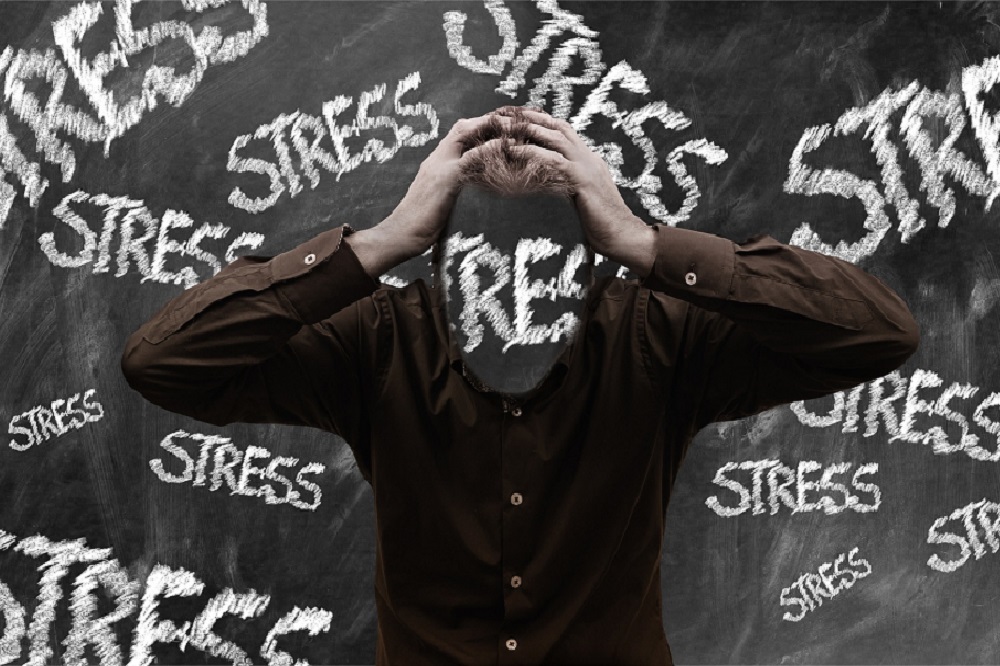 Chronic stress often leads to progressively more severe forms of physical, mental, and emotional illness. It can also damage brain structure and connectivity. Stress, whether manifesting as emotions such as anger, fear, or shock or states like depression and anxiety, originated as an instinctual aid to help focus us on survival when confronted by an imminent threat. In the absence of real danger, we were not intended to experience such negative thoughts or emotions. They were not supposed to take away our happiness. So what happened?

When our cave dwelling ancestors developed to a point where life was something more than an ongoing struggle for survival, they became aware that more was there to see and know. The ego, our perception of self in the context of the world, began to grow. When life became more than a daily fight for food and shelter, there was room for reflection, relaxation, and peace to flow.

Although the human ego sparked the origins of basic self-awareness which carried the seeds of self-acceptance, compassion, and responsible living it also awakened the potential for selfish preoccupation with image, power, and possessions. The higher vibrational use of the ego offers a window to the universe, while its lower vibrational counterpart builds the walls that imprison us. It was intended to be a porthole through which to see that we are part of a larger process, to encourage our pursuit of higher consciousness.

Yet, most live lost within the limits of its levees. As time passed, for those trapped within the confines of their selfish preoccupations, growing importance was placed upon their ego issues. Image, power, and possessions and the things that represented them began to seem like they were matters of survival. Negative thoughts and emotions, which were biologically engineered solely for the purpose of helping us survive against legitimate threats to life, were now occurring when our ego needs were threatened. Negative emotions went from the survival basics of anger or fear that helped us fight or run away from a snarling tiger or thundering landslide to anger or fear in the service of our image, thirst for power, and push for possessions. Just as the ego was never intended to foster selfish preoccupations, our negative emotions were not designed to serve the ego. But here we are. Now what?

Take Back Your Peace

When I checked in with Siri regarding the definition of peace, here is what she said: A state prevailing during the absence of war; harmonious relations freedom from disputes; the absence of mental stress or anxiety; the general security of public places; and a treaty to cease hostilities.?

If we embroider all five of these definitions into a contextually integrated whole, then we will arrive at an image of peace that approaches its meaning in this article. Remember, stress triggers the brain into believing that our life is in danger, creating a cascade effect through our related thoughts, emotions, words, and actions. We may seem angry (fight), avoidant (flight), or vacant (freeze) for no apparent reason. We may aggressively act out, pack our things and leave, or curl up on the floor in our closet hoping to disappear. Variations on a fight, flight, or freeze theme are all the brain allows us to consider while under stress.

While in this state we do not usually realize that what we are thinking, feeling, saying, or doing is the result of a temporary condition caused by stress. We usually believe that we are fully justified in our views and go looking for things to support them. This secondary response to the initial stress response is what reinforces the problem, and often creates new and bigger ones. We want to believe that what we said and did was right (ego image), so we look for internal (thoughts) and external (people) allies to support it. We do this even when it means distorting perceptions and contextual relevance, or fabricating information, events, and memories.

From this ego illusion comes a distorted sense of reality based on the perceived limitations generated by the brain when we are in Survival Mode. It pulls us out of our peace and places us in a primitive mindset where we again believe that we need to struggle for survival (full circle back to our cave-dwelling days). But, unless there is a real and eminent threat, it is all unnecessary. It is an ego-driven illusion. We can rise above it and take back our peace. In order to do this, we must convince the brain that we are safe.

The post Why do we stress out? appeared first on Alternative Medicine Magazine.

Censorship and The Way Forward

Close
Menu
We use cookies on our website to give you the most relevant experience by remembering your preferences and repeat visits. By clicking “Accept All”, you consent to the use of ALL the cookies. However, you may visit "Cookie Settings" to provide a controlled consent.
Cookie SettingsAccept All
Manage consent

This website uses cookies to improve your experience while you navigate through the website. Out of these cookies, the cookies that are categorized as necessary are stored on your browser as they are essential for the working of basic functionalities of the website. We also use third-party cookies that help us analyze and understand how you use this website. These cookies will be stored in your browser only with your consent. You also have the option to opt-out of these cookies. But opting out of some of these cookies may have an effect on your browsing experience.
Necessary Always Enabled
Necessary cookies are absolutely essential for the website to function properly. This category only includes cookies that ensures basic functionalities and security features of the website. These cookies do not store any personal information.
Non-necessary
Any cookies that may not be particularly necessary for the website to function and is used specifically to collect user personal data via analytics, ads, other embedded contents are termed as non-necessary cookies. It is mandatory to procure user consent prior to running these cookies on your website.
SAVE & ACCEPT